I remember the first time I saw a lionfish. It was beautiful. It’s quite a stunning fish – striped grey and red and then it has feathery spines (18) that fan out from its body. I was mesmerized by its presence, as I’m sure other fish are.  But, had I known just how dangerous that fish was, I would certainly not have been so awed by it. You see, the lionfish is an invasive species in the Caribbean region. In fact, its home is in the Indian and South Pacific areas. And, the damage it causes in this region threatens the entire reef environment.

The lionfish was first spotted in Florida/the Caribbean back in the 1980s. It is rumored that an owner of an aquarium, flushed a single lionfish down the toilet. Further research suggests that it might have been multiple pet owners releasing their pets – or, perhaps more likely, aquarium shops damaged by Hurricane Andrew in 1992.

But, lionfish procreate extremely quickly, eat a lot, are hearty, and have no known predators.  In other words, without some significant efforts by a lot of people, they threaten the health of coral reefs throughout the region.

Specifically, a single female can release two million eggs in a year (2,740 a day)! They procreate all year (while other species have seasons). Juveniles become adult lionfish in approximately one year, and lionfish live for 30+ years!  Lionfish are also extremely adaptable. They can live in waters as cold as 52 Fahrenheit (11 degrees Celsius) and obviously in the tropical waters of the Caribbean. They are in depths from 1 foot of water (1/3 meter) to 1000 feet (333 meters). They can survive in salty ocean water and water with relatively low saline levels. They are currently found in waters from New Jersey to Brazil.  There is also another species of lionfish found off the coast of Lebanon in 2012. That species has now spread from the Adriatic Sea on the North to Sicily in the west.

Most problematic about lionfish, however, are two facts. The first is that they eat a lot!  They have been tracked at eating between 70 – 100 species of fish and invertebrates! They compete with other predatory fish for food, such as snappers and grouper.  They also may eat herbivorous fish that eat algae. Unfortunately, lionfish eat the herbivorous fish at a rate which prevents them from eating the algae to the extent needed for the health of the reefs.  One more major problem with lionfish: they have no predators (in this area). So, they are prolific feeders and breeders, and there is nothing slowing their progression!  They are a true threat.

And – they are mean! They have eighteen poisonous spines that flutter out. While these have not been known to be fatal to humans, the sting is quite painful and can last for days. Some of the side effects are extreme pain, sweating, respiratory distress and even paralysis. But, if you were a fish – your best bet is to stay away from them! They move rather slowly, but, they are camouflaged and thus are difficult for other fish to see. Apparently, their main maneuver is to corner fish, and then block them with their poisonous pectoral fins. However, they also blow water at other fish, so the fish turn around, at which point the fish is devoured.

What can you do to stop the spread of this dangerous fish?  Learn to hunt them! These days, you can get certified in lionfish hunting! You can also participate in a lionfish festivals and tournaments.  In Florida, for instance, they recently had a lionfish tournament.  here were 707 participants. 196 divers went on 676 dives throughout Florida, and 25,299 lionfish were caught. There are also groups aimed at ensuring the safety of the reef and the removal of lionfish.  Ask at your diveshop if they have any lionfish activities!  Finally – eat them!  (just be careful to remove those poisonous fins!). Stay tuned for a fabulous recipe from our very own chef, Andres! Happy hunting!

Ocean Lovers Taganga is a PADI 5* Dive Resort dedicated to safe and fun scuba and snorkling activities around Tayrona. We are a multilingual team and teach PADI courses from beginner to professional. PADI Store: 21266. National Tourism Registration: 55518.
CONTACT US

We're not around right now. But you can send us an email and we'll get back to you, asap. 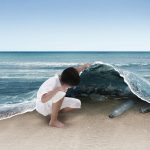